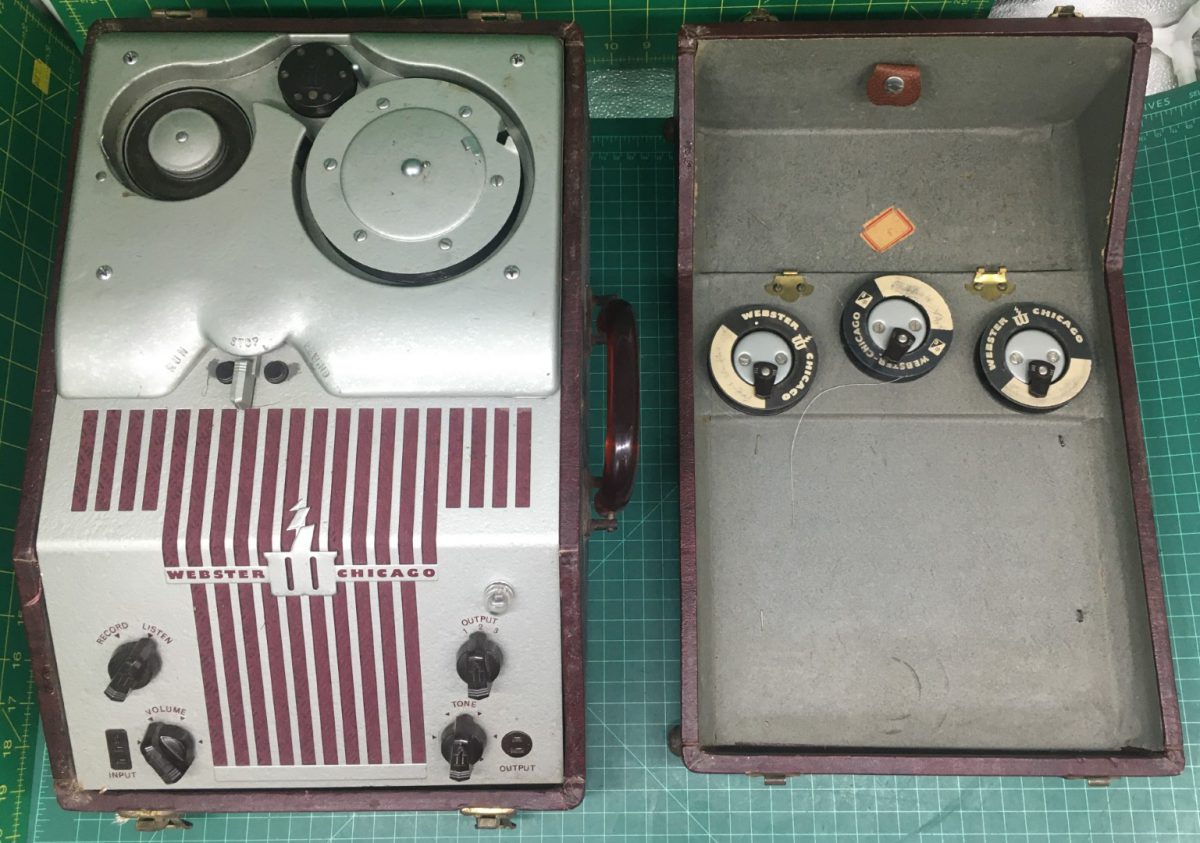 Working with wire spools was difficult. Issues such as the wire unspooling or the hair thin wire moving in the machine can snap the wire, or you get a big ball of tangled wire very quickly. The wire would move about 2 feet per second in the machine. Once the metal wire snapped, you can not splice it back.

The origins of the wire recorder go much further back. Valdemar Poulsen invented a device called the Telegraphone in 1899. It was a telephone answer machine. Based on the Edison phonograph, but using steel wire, it can record up to 30 minutes. He also released a more simple version that recorded 2 minutes of audio on a 5 inch steel disc. Wire recorders remained in limited use until vacuum amplifier tubes were developed between 1906-1915. By the 1920s wire recorders were used in radio broadcasting and military use. The BBC used them until switching to tape during the 1950s.

There is about 1 mile of very fine steel wire on each roll, can hold about 1 hour of audio.

This link has a lot of useful info in the comments on where the fuse is, how to fix the microphone, etc:
https://turbofuture.com/home-theater-audio/vintage-wire-recorder