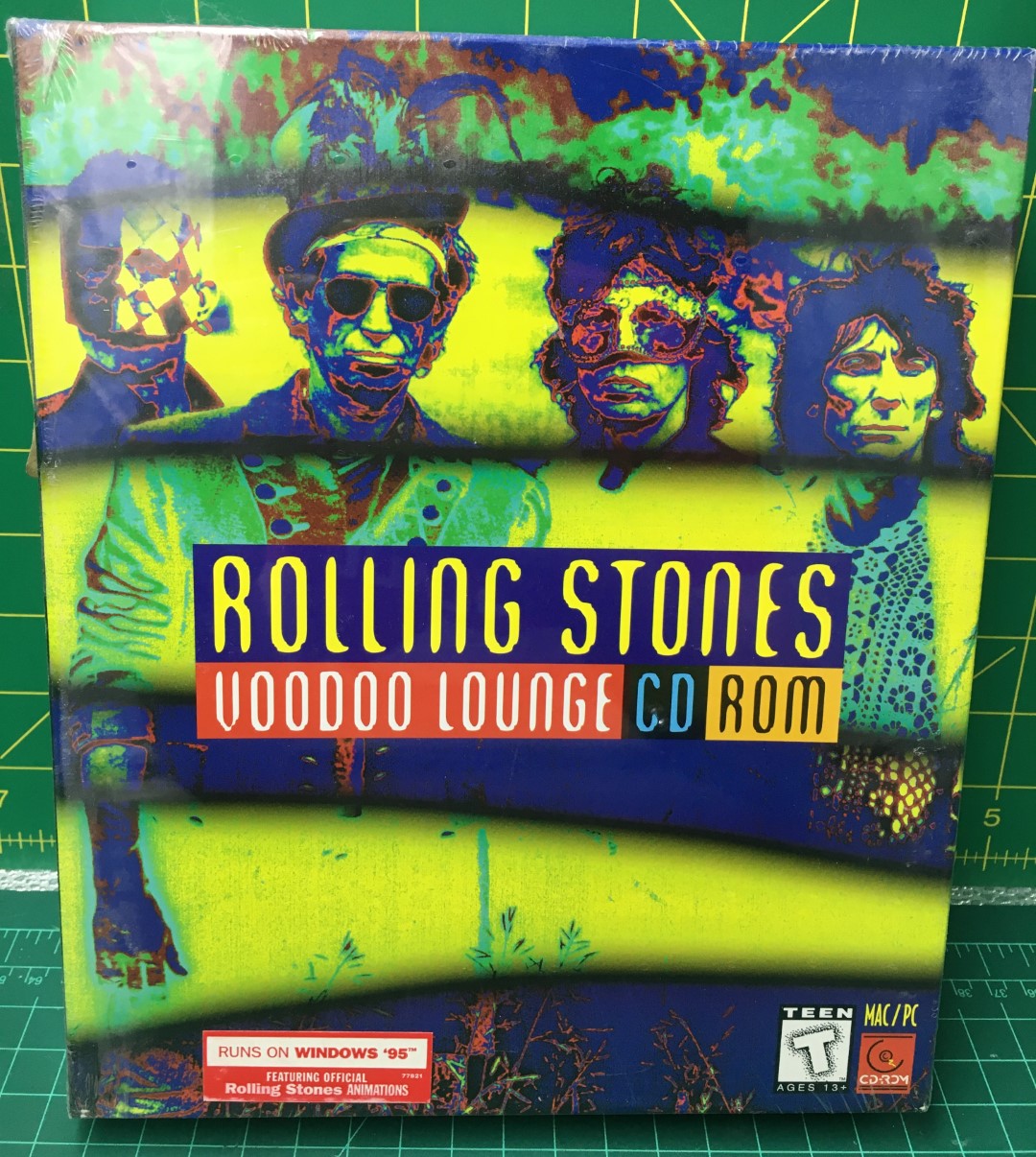 The VooDoo Lounge CD-ROM was released 1 year later. Its a music based point and click adventure game where you solve mysteries within the VooDoo Lounge. There are 16 rooms to explore including the VIP Room. You can run into the Rolling Stones while solving mysteries. There are lots of FMV, Rare Rolling Stones footage (On-stage and backstage), and several full length songs including rare remixes.