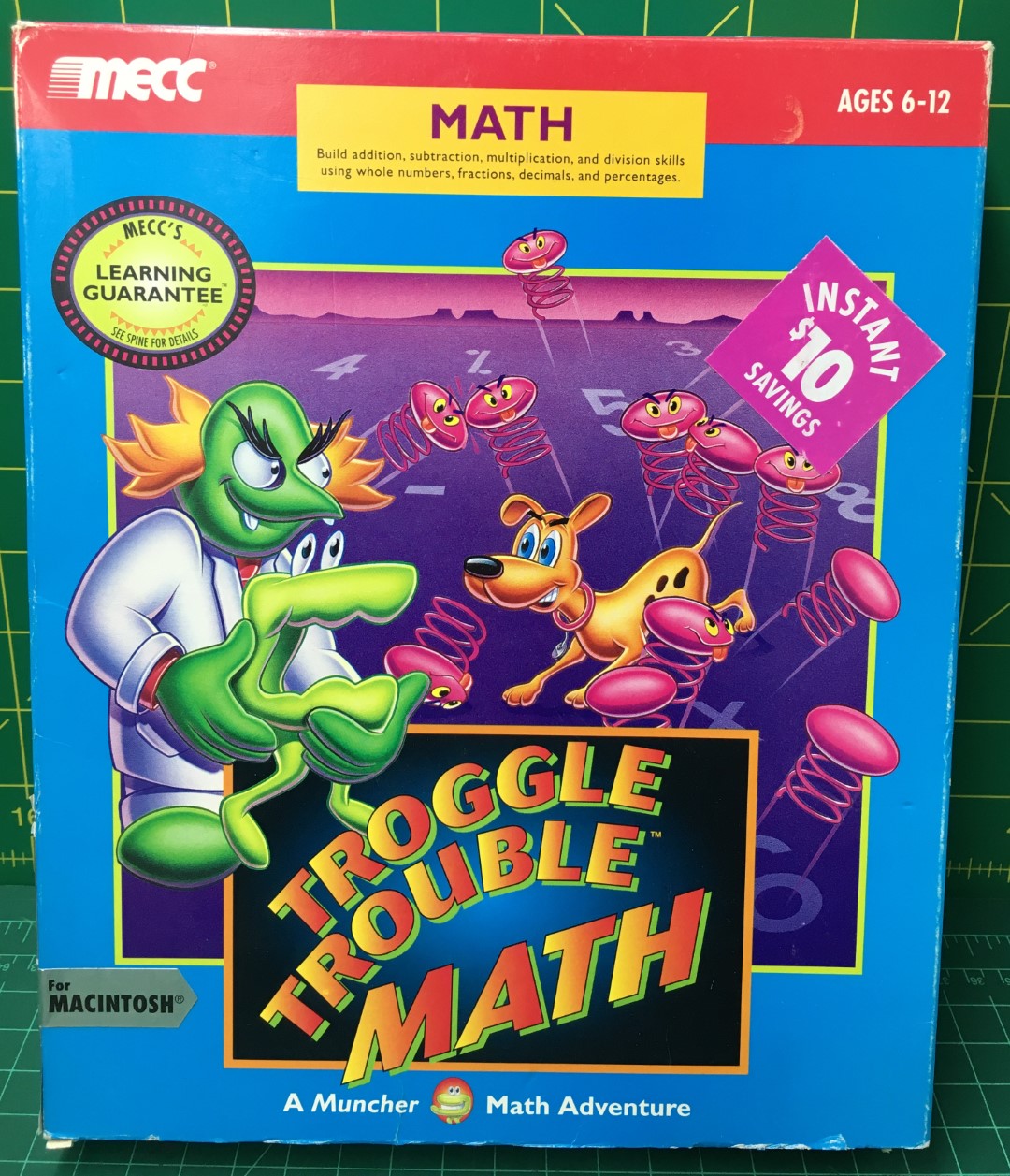 MECC Made a lot of the educational computer games played at schools in the 1980s and 90s such as The Oregon Trail and the Muncher series.

Troggle Trouble Math is a spinoff of the Muncher series. They removed the board game and added quests.

The Muncher is missing and was kidnapped. You need to use the Troggulator which is a calculator that can defeat the evil Troggles with math problems. The math problems were flexible depending on the Childs math level from basic adding and subtracting small numbers to dealing with multiplication, division and fractions.

The game released for Macintosh and Windows3.x / DOS.

Lots of people in the comments of one of the sources is saying that the game is really dependent on the CPU speed of the computer, and if you are on a newer computer or virtual machine, the game can play too fast or be unplayable.