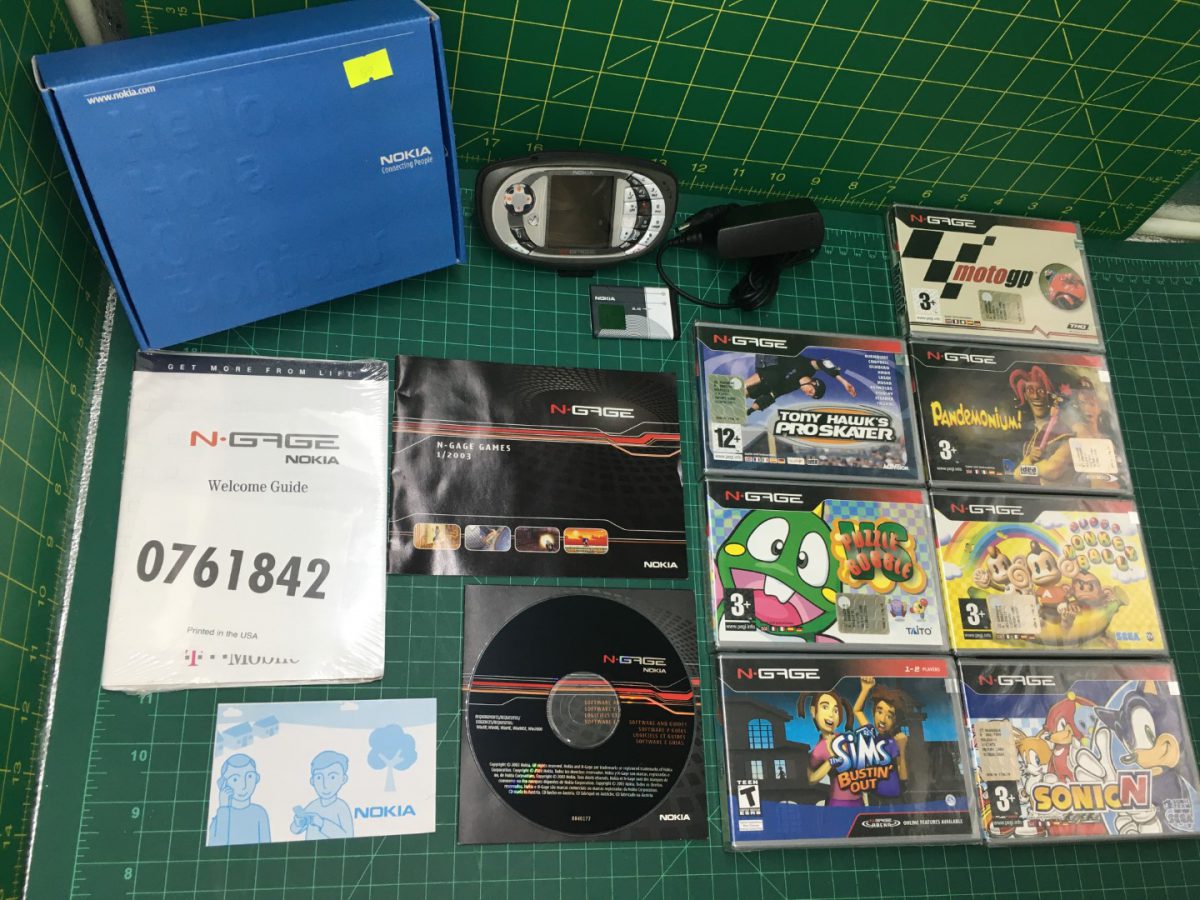 Nokia make the original N-Gage gaming phone in 2003 to compete with Nintendo handheld games such as the GBA.

This phone can play games, MP3s, Audio/Video playback using RealPlayer, Software apps and Java MIDP Programs, and even make calls and txt message too.
The phone needs a SIM to turn on, before you can play games.
The Nokia N-Gage ran a version of Linux called Symbian OS Version 6.1.

People say the phone reminds them of a taco, but even worse, It was actually designed after the internet meme of Goatse as a joke but was accepted anyway.

Nokia released the N-Gage QD (This is the one pictured) as an updated model in 2004.
One of the fixes is the game card slot was moved from under the battery to an externally accessible slot on the bottom of the phone.

The phone ended up having a total of 58 games released, 56 of them in North America.