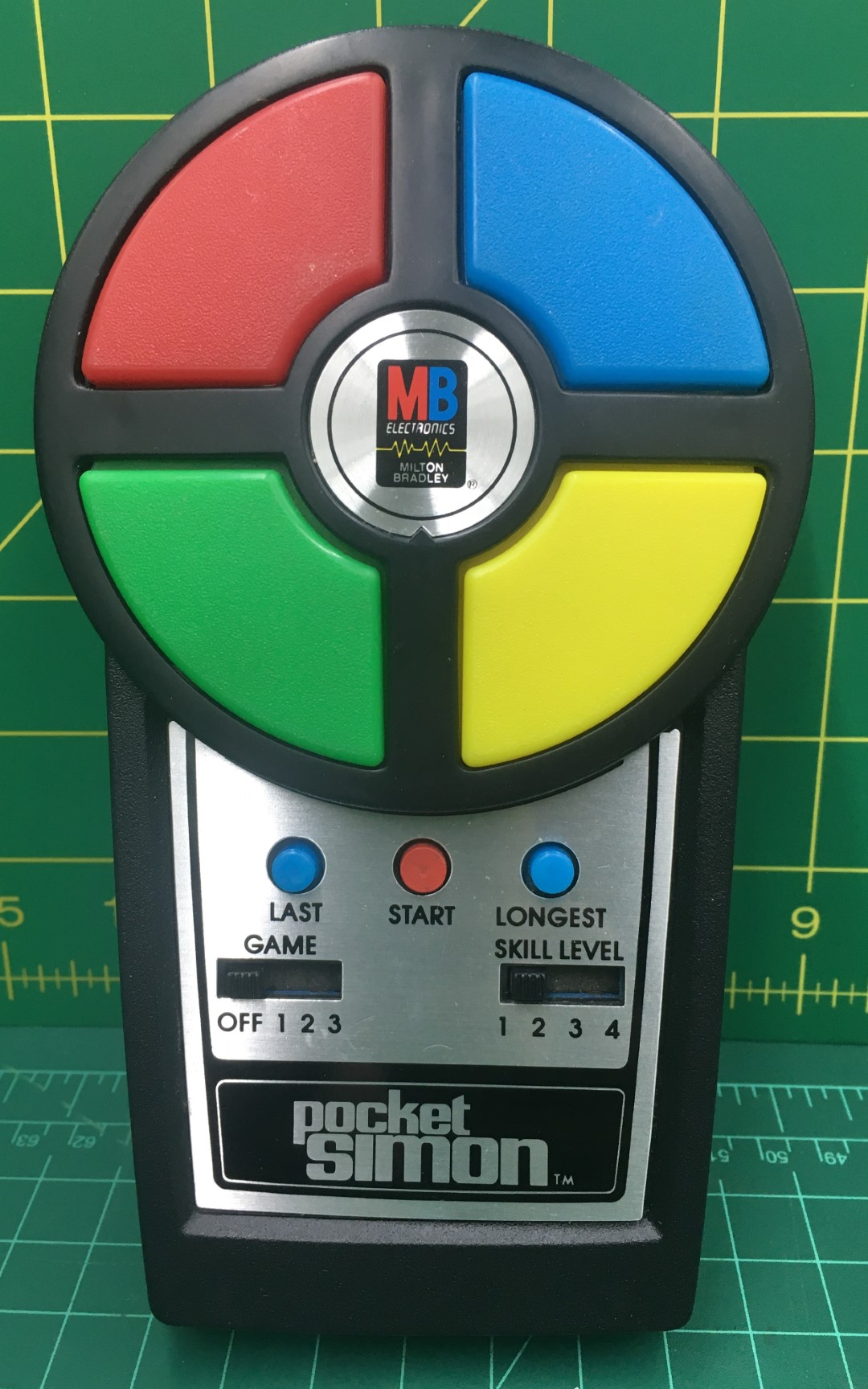 The original Simon launched at midnight May 15, 1978 at Studio 54. The room was now lit with the light from a 4 foot replica of the Simon hanging from the ceiling. Not sure if the Simon was given away or sold at the event, but it was an instant hit.

The original Simon being such a success, they released a few new versions such as the pocket and super Simon in 1980.

The main inspiration for the Simon game was the Atari arcade game ‘Touch Me’ which had 4 flashing knobs and gameplay like Simon says. Mr. Baer designed a portable version and programmed by Lenny Cope. He made sure the sounds were pleasing sounding in sequence. The prototype in a rectangular box was shown to Milton Bradley and a deal was made.

The history of the inventor was also quite an interesting story.
In 1938 Ralph H. Baer came to America at only 16 years old, Served WWII in Europe and England, Worked as an engineer for a defense contractor.

He kept inventing things while working for the defense contractor. Some of the things he invented: First light gun for a video game (1967), Magnavox Odyssey (1967-1972), Talking aircraft altimeter (1969), Talking bike speedometer (1996), talking door mat, voice activated intercom (1949), Programmable record player (1975), and the Simon game concept. He went to the white house in February 2006 to accept the National Medal of Technology. Just before his death December 7 2014, the National Museum of American History purchased his entire workshop, now on permanent display.