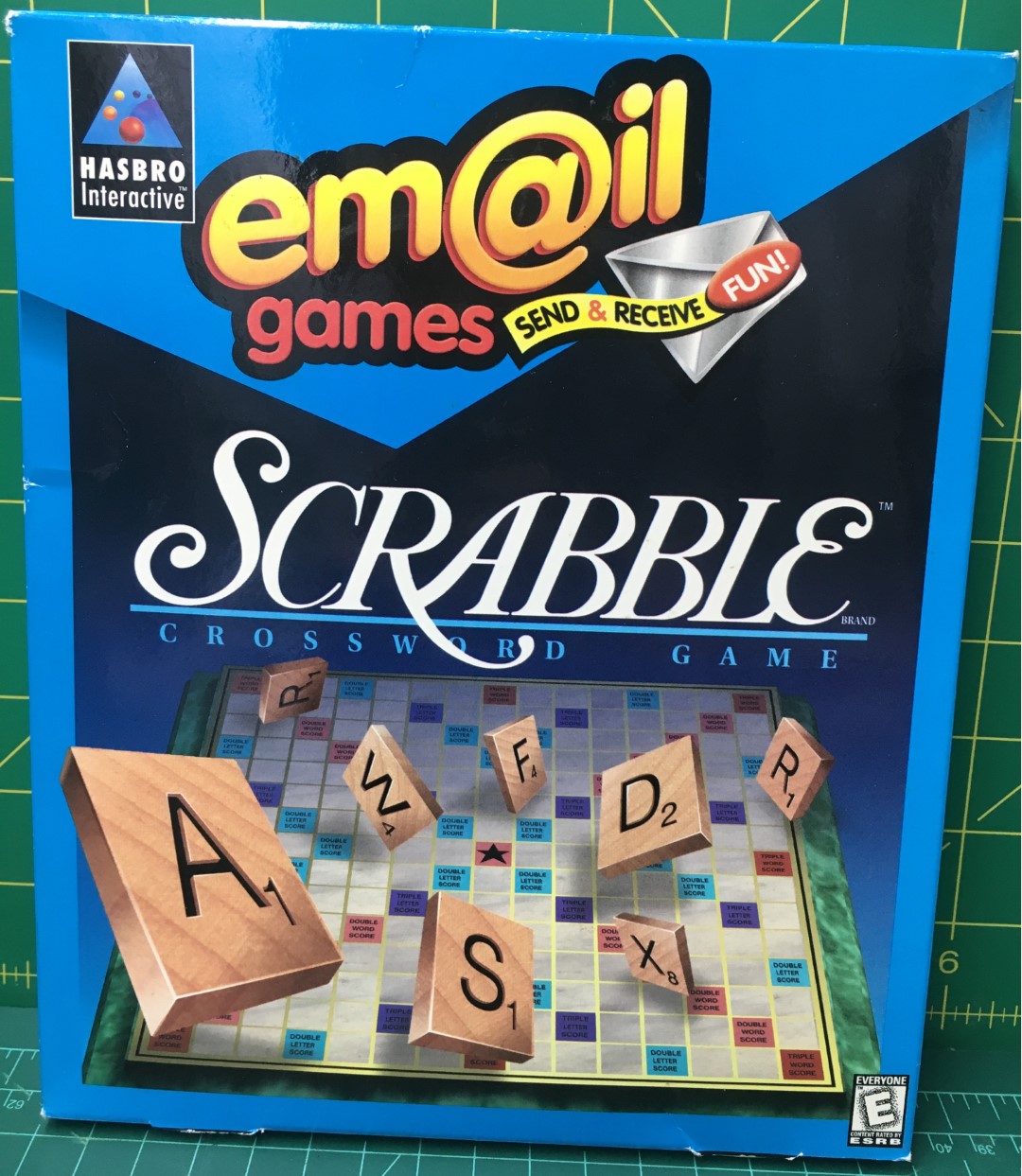 This game is played like normal scrabble, but the turns have no time limit. You place a word down, then email the game file to your friend. They play their move and email you back their play.

Hasbro made a series of 9 games to play over email between 1999 and 2000. The games were: Battleship, Clue, Grand Master Chess / Checkers / Backgammon, NASCAR, NFL Football, Scrabble, Soccer, Upwords, X-COM.

Scrabble by email was the first game in the series to be released on February 5th 1999. Hasbro handed out 100,000 copies of this first game [email protected] Games: Scrabble to people on the streets of Manhattan, USA.

At some point they also made a deal with Microsoft to have Upwords [email protected] game free for Hotmail users.

The rear of the box shows that Hasbro only committed to running the servers until October 1, 2000. I think they may have said this because they were not sure at launch if this would be a hit or a flop and wanted to have an option to stop it early.

Hasbro was acquired by Infogames in 2006. Infogames found that the [email protected] games were not sufficient in supporting the business model and shut down the servers in 2006. By this time Infogames already had most of these games on CD-ROM with modern online play. There was no need to have emails sent back and forth for online multi-player.