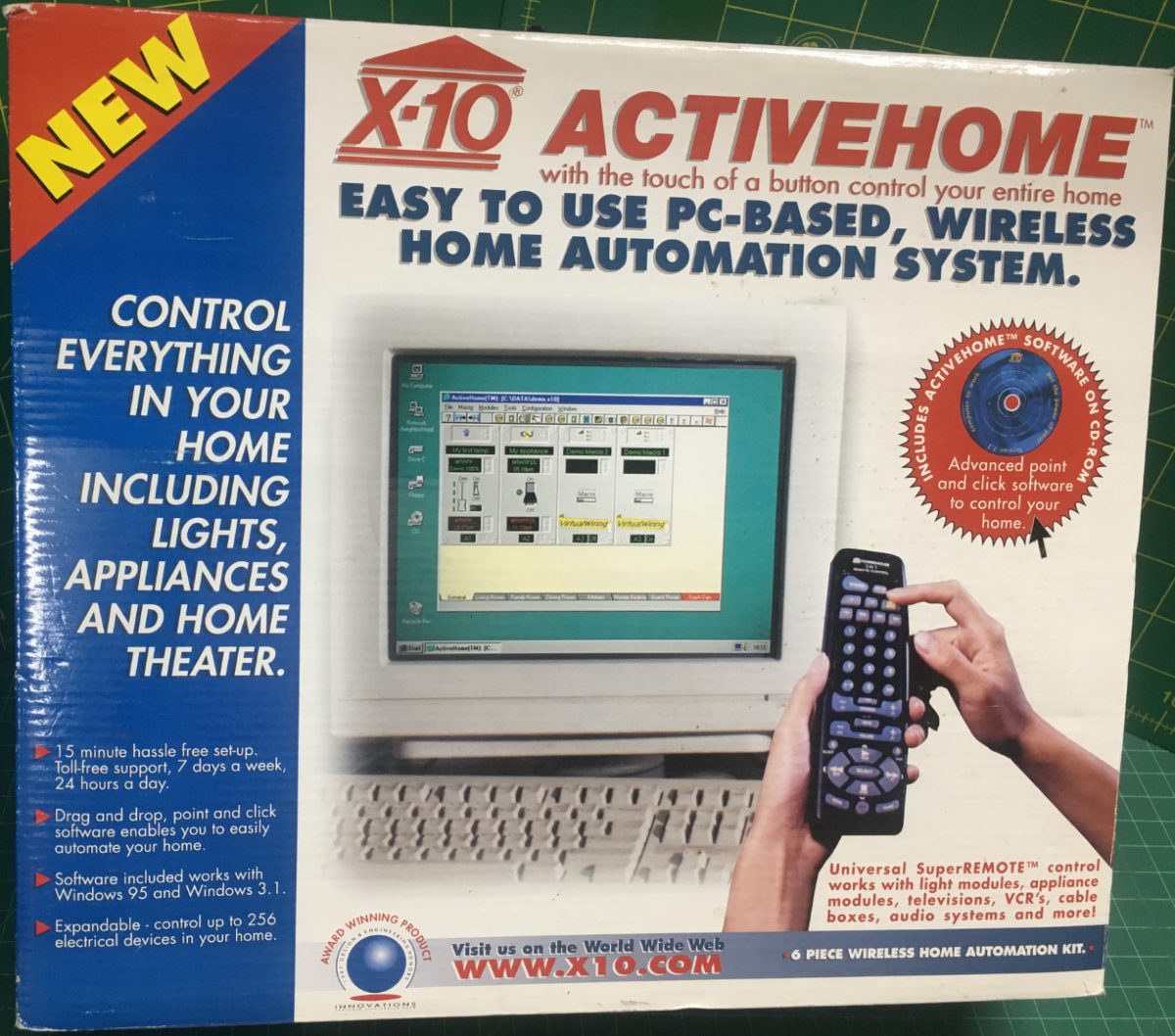 X10 is a company and a communication protocol.

The X10 protocol is a wireless RF burst of digital information, which controls plugs, lights, timers, motion sensors, wall switches and other gadgets.

This X10 device is from 1997 and they are using wireless RF Signals between devices. The included outlet has a cable that plugs into your computer to control your devices using a computer. I had the USB version when I was younger.

The X10 standard, the founding company, and its history:

Pico Electronics started in Glenrothes, Scotland in 1970, hired engineers, and designed a single chip calculator. Other calculators at the time needed at least 5 chips to operate. This invention was the world’s first microprocessor. The chips were sold to calculator manufacturers such as Bowmar, Litton, and Casio. Chips were sold by royalties but prices of calculators soon dropped from $20 to less than $1.

They needed a new product. The next thing they designed was a vinyl LP record changing device.

They found a way to use ultrasonic sound signals in a remote control and use it for the record changer. Then in 1975 they had the idea to control lights and appliances using the wireless ultrasonic signals and there X10 was born. They were able to reduce noise by transmitting when the AC signal is at its crossing point for less noise and interference. This greatly improved the product.

They released X10 home automation in 1978 in America starting with Radio Shack stores and Sears soon after. They expanded to Asian markets by the mid 80s.

Pictured is the X10 ActiveHome – Home Automation from 1997

Where they are now: The standard created with the X10 and X10 pro models has been selling for 40 years and is still their main products.