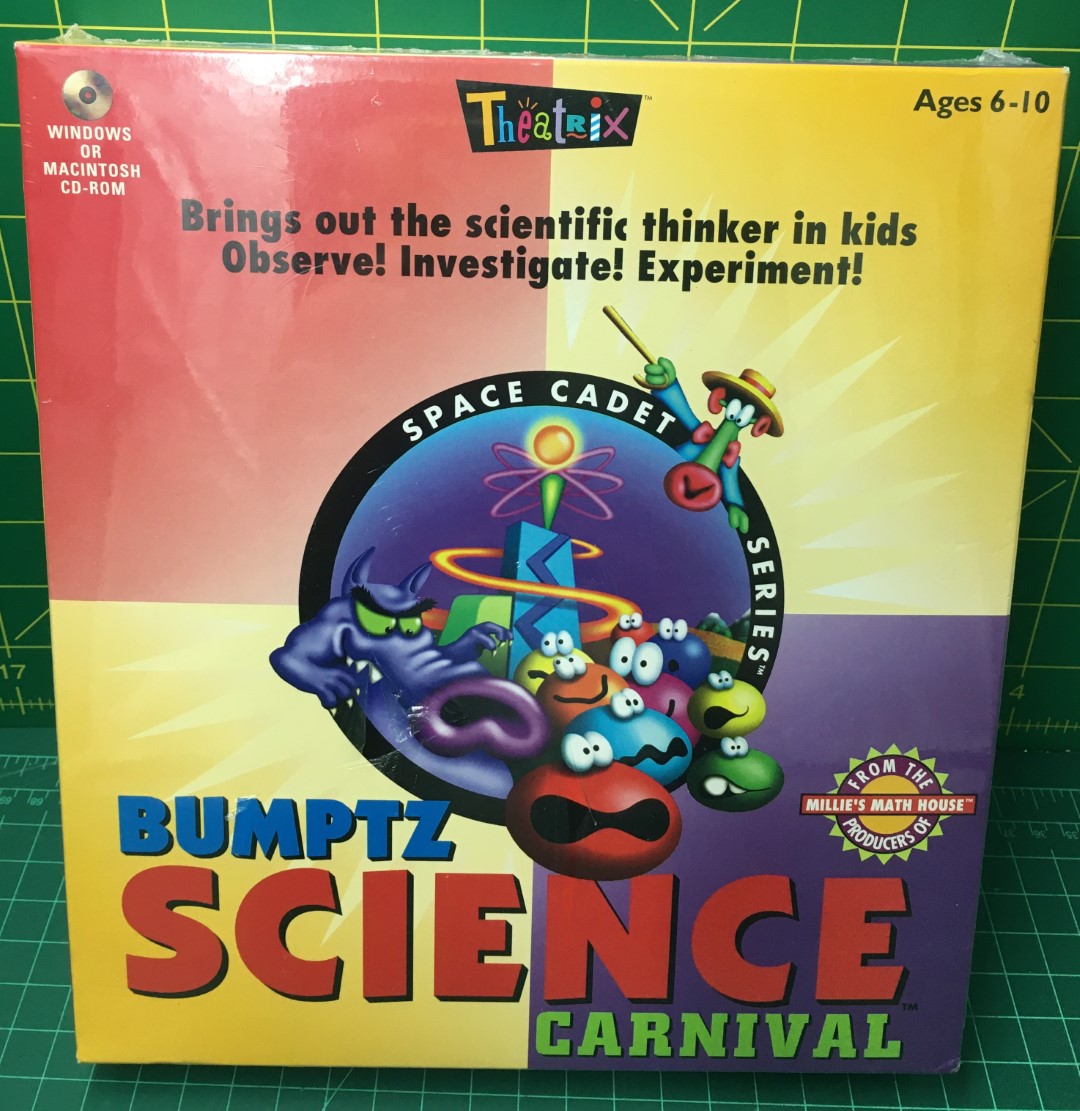 The story is their bus crashed on its way to a science carnival, and pieces flew off into the carnival. Play the games to find the pieces for the bus. The carnival games include over 200 animated puzzles, set to challenge the players.
The game includes 12 animated cartoons to learn about more science topics. There is also 19 printable experiments to try at home.

The company was founded in 1982 as Berkeley Learning Technologies and changed to Theatrix in 1995.