This is a game to make animated videos by picking a background then placing a 3D character, adding sounds, text, actions, and more. Video can be exported to .3mm file at 6 to 8 FPS in 256 colors. The BRender engine ran this game and other games such as Carmageddon 1 and 2. 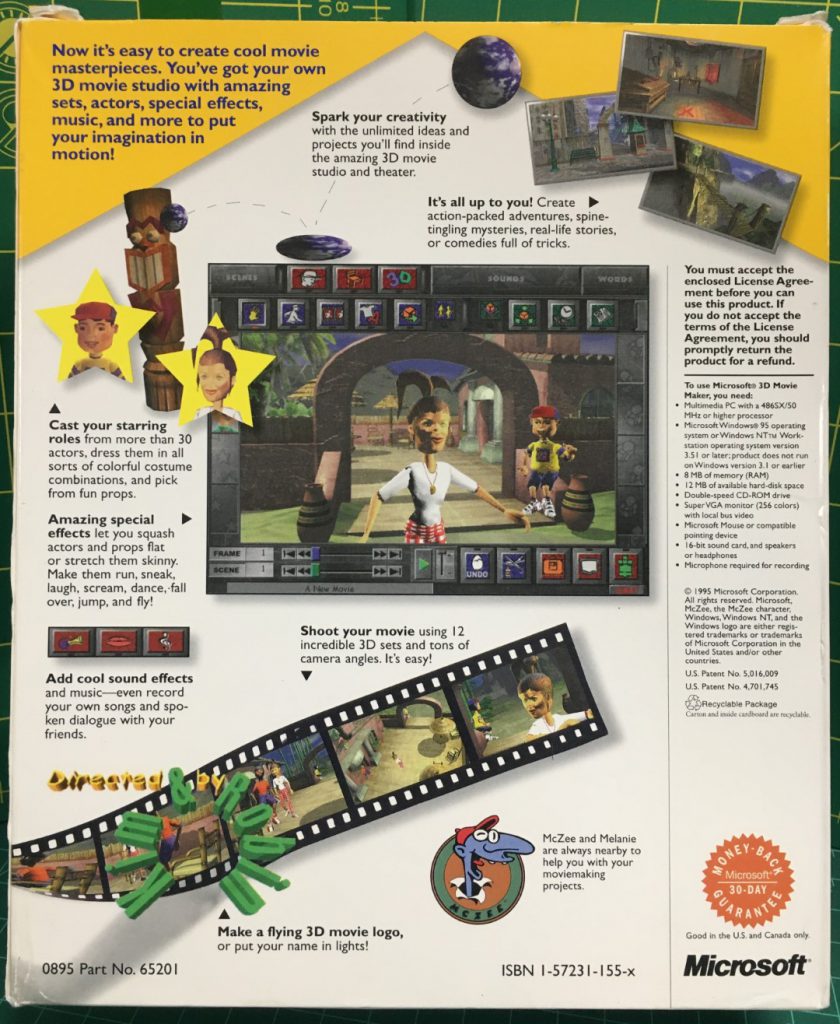 McZee and Melanie are the voiced on screen tutorial characters.

In April 6 2022 twitter @foone asked for the source from Microsoft.
They agreed, if the BRender engine that the game runs on could also be open sourced.
The license holder would open source BRender if @foone could find a copy of the engine software.
Microsoft released the source code for this game in May 2022 under MIT License. 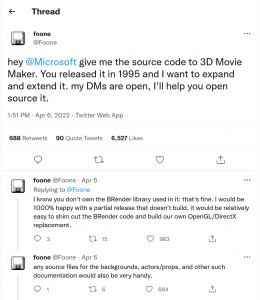 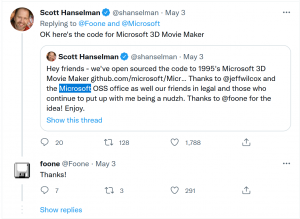 This is the first program to use Comic Sans (which was developed for Microsoft Bob but delayed and released later). 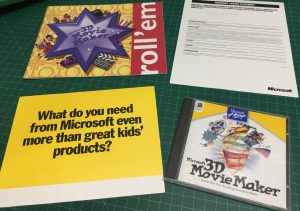 There is still a community that uses this program (such as 3dmm.com). Now that its open source, fans are working to modernize the program.

You never know, maybe someone can port it to JS/HTML as a web application like someone did with Kid Pix (https://kidpix.app/)

hey @Microsoft give me the source code to 3D Movie Maker. You released it in 1995 and I want to expand and extend it. my DMs are open, I'll help you open source it.