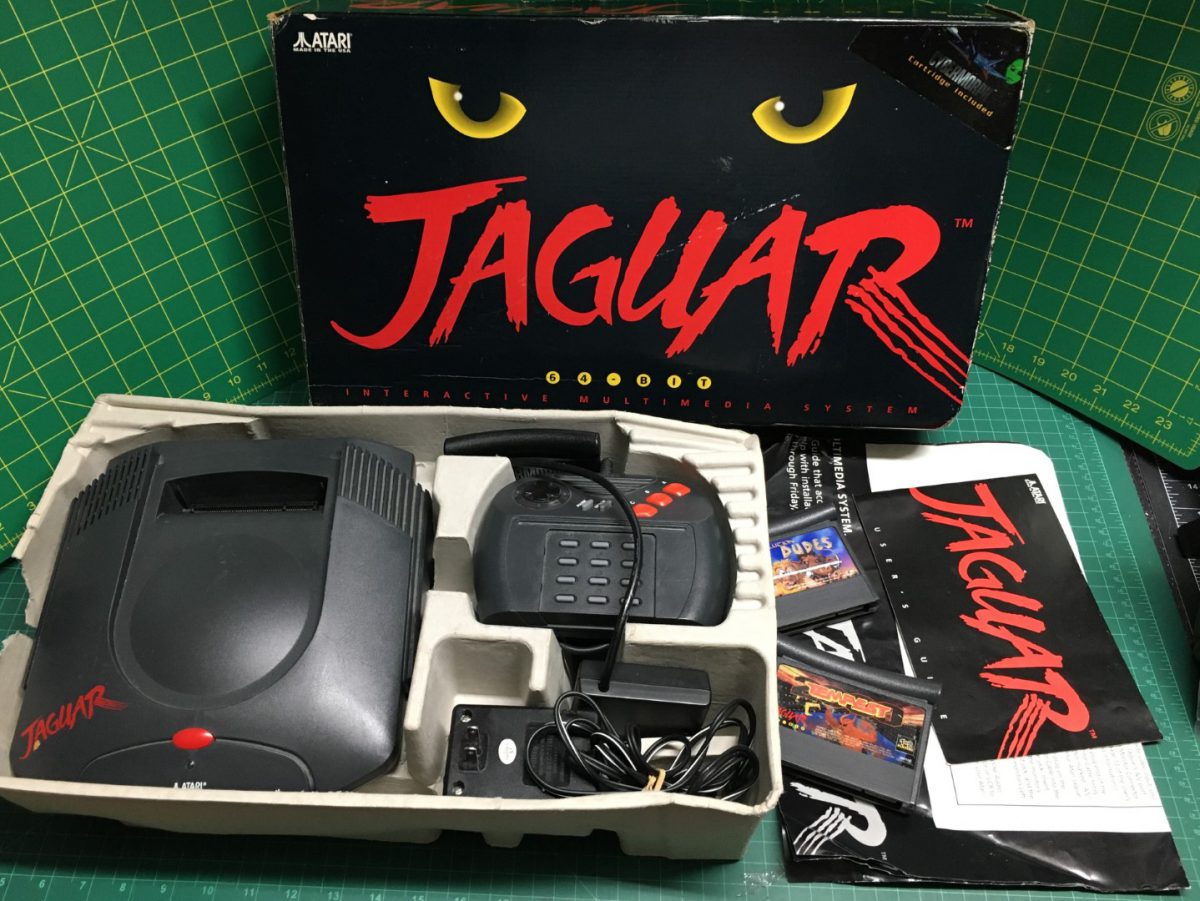 Released same year as the 32 bit 3DO, The Jaguar was the First “64 bit” console. It contained two 32bit processors in parallel and a Motorola 68000 coprocessor. The complex architecture made programming difficult.
This led to bad games, looking worse than the SNES that came out 2 years before.

Released at $250 but fell flat due to the low quality games despite the $3 million in advertising. Just 2 years later the Sega Saturn and Sony PlayStation were released making the Atari Jaguar something gamers forgot about.
Late in 1995 they released the Jaguar CD Add-on. Why release an add-on to a failed console?
By 1996, most employees were laid off and the Atari you knew died.

Modern homebrew really makes use of the hardware with much better games.
They also have modern SD Card flash carts, AV cables, and other accessories.

Also: The back of my box shows the “Unreleased” Tiny Toon Adventures. (ROM Easily found online)