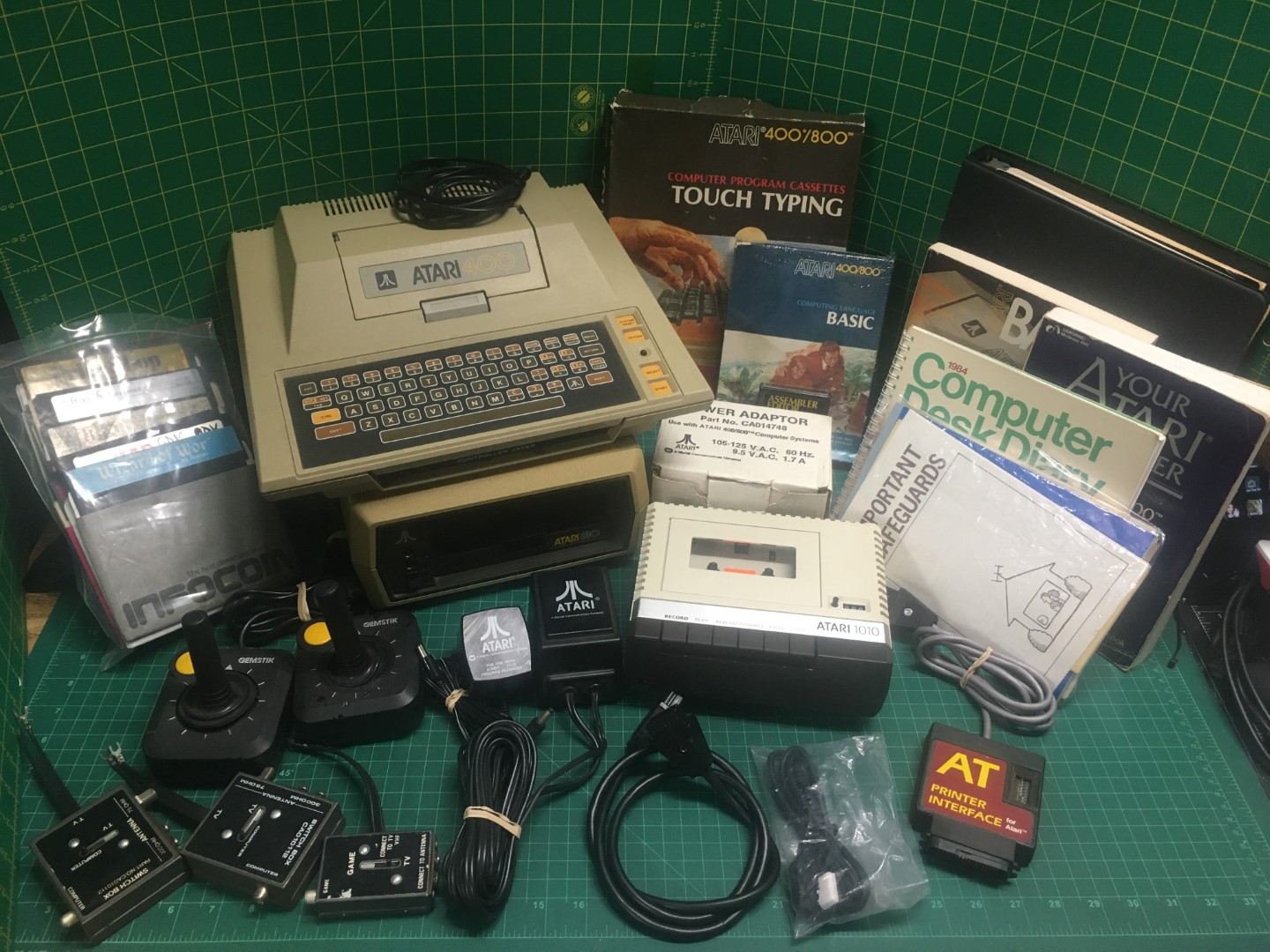 The computer has a custom co-processor to enable better sounds and graphics (Sprites, Display Lists). The Processor is a 6502 running at 1.79MHz.

This computer even came with a few receipts for some of the games. Its very faded and difficult to read.