I got my Kaypro 2 out of storage last week and gave it a test run. Check out the oldest computer in my collection: 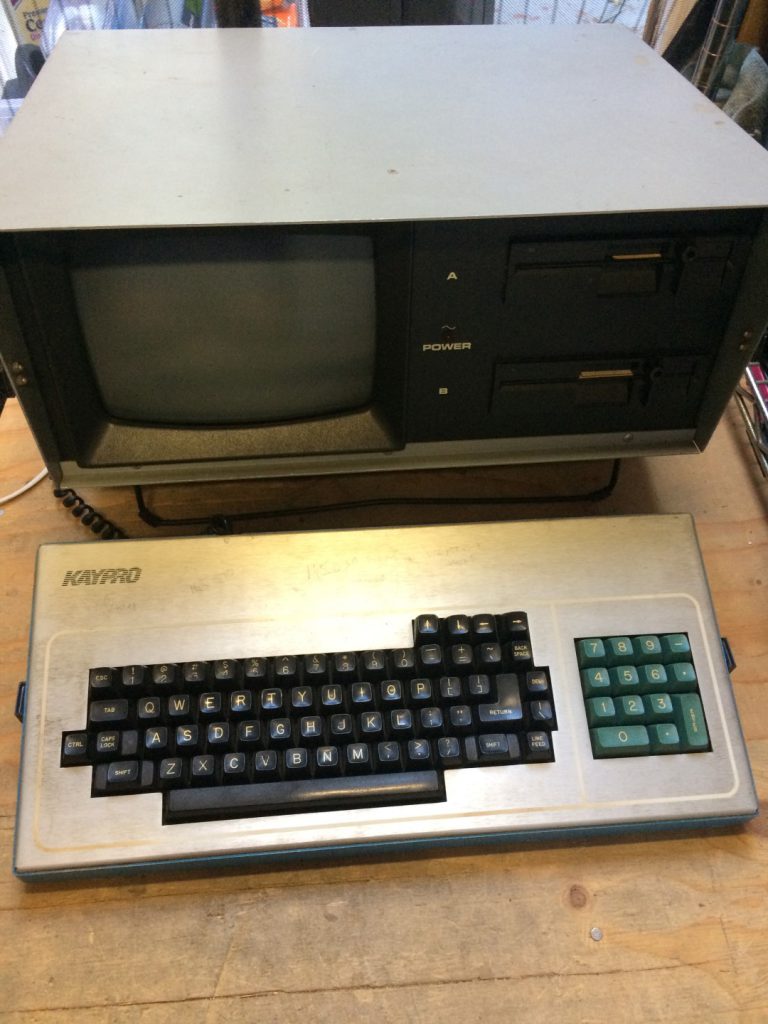 This is known as a “Luggable” computer. It has a handle on the back of the computer to lift and carry it. This computer runs the CP/M Operating system. Its before DOS but uses similar commands. This computer came out in 1982.

Here is a gallery of pictures of the computer:

The Keyboard snaps over the CRT and Floppy drives to protect them during transport. The Keyboard connects to the back of the computer with a cable that looks like a phone cord.

During my testing last week the computer will not boot from the CP/M disk anymore. It did work last time I tried it maybe 10 years ago. My guess is that the floppy drive may need cleaning, grease, or maybe capacitors needed replacement. I put it back in storage for another time. Eventually I will have have the space and time to work on it and leave it on display.

How did I end up with such a piece of history?

When I was a teenager I was walking around and there was a guy taking a huge pile of “trash” out of a house where a “scientist” once lived. I found a lot of cool stuff in that trash pile including this kaypro and other old equipment. I made a few trips to my dads house with the stuff in hand. It was a great find! Even my dad was amazed I found all this stuff on the side of the road. He is also into electronics repair, so he understands what these things are.